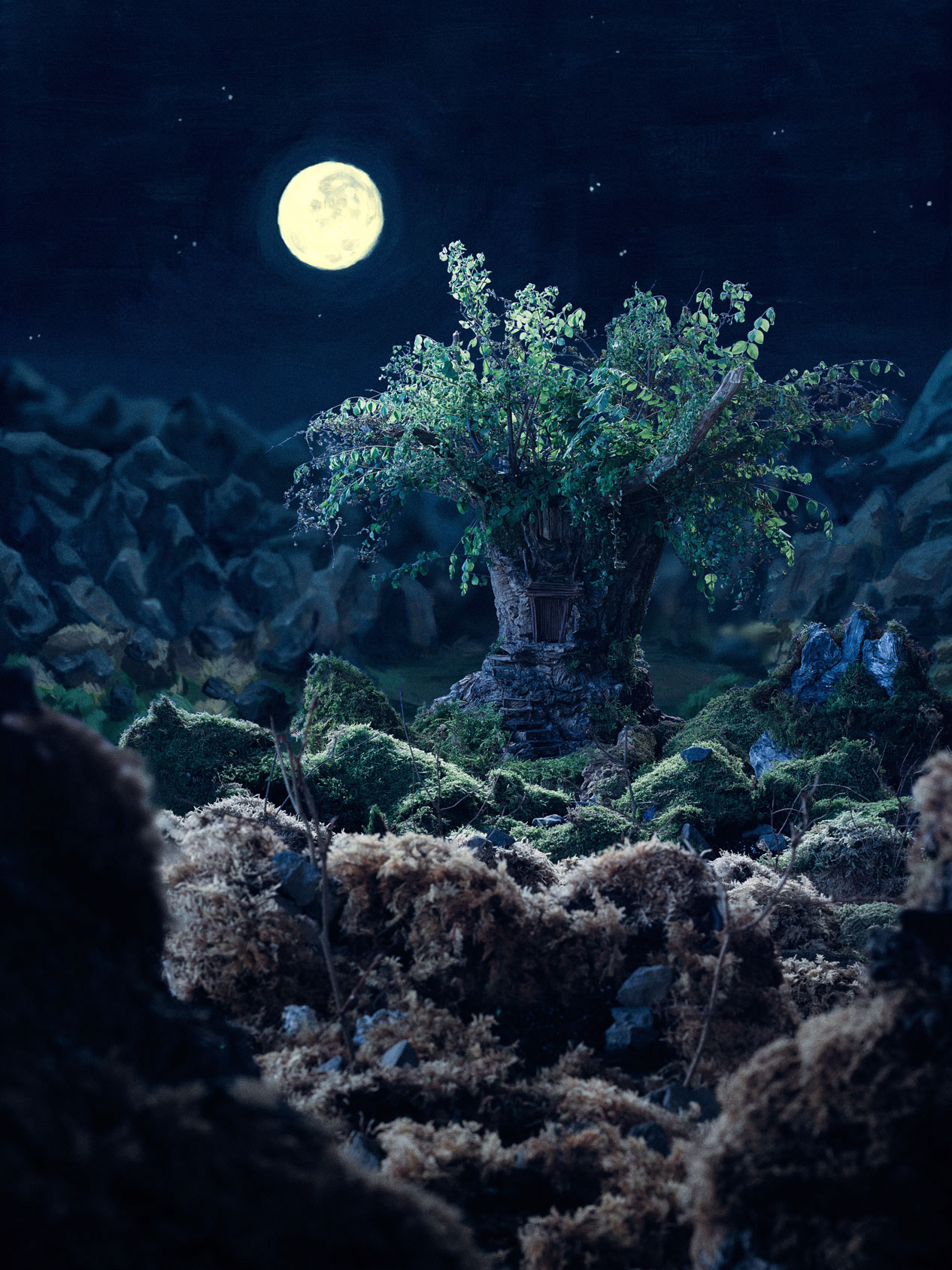 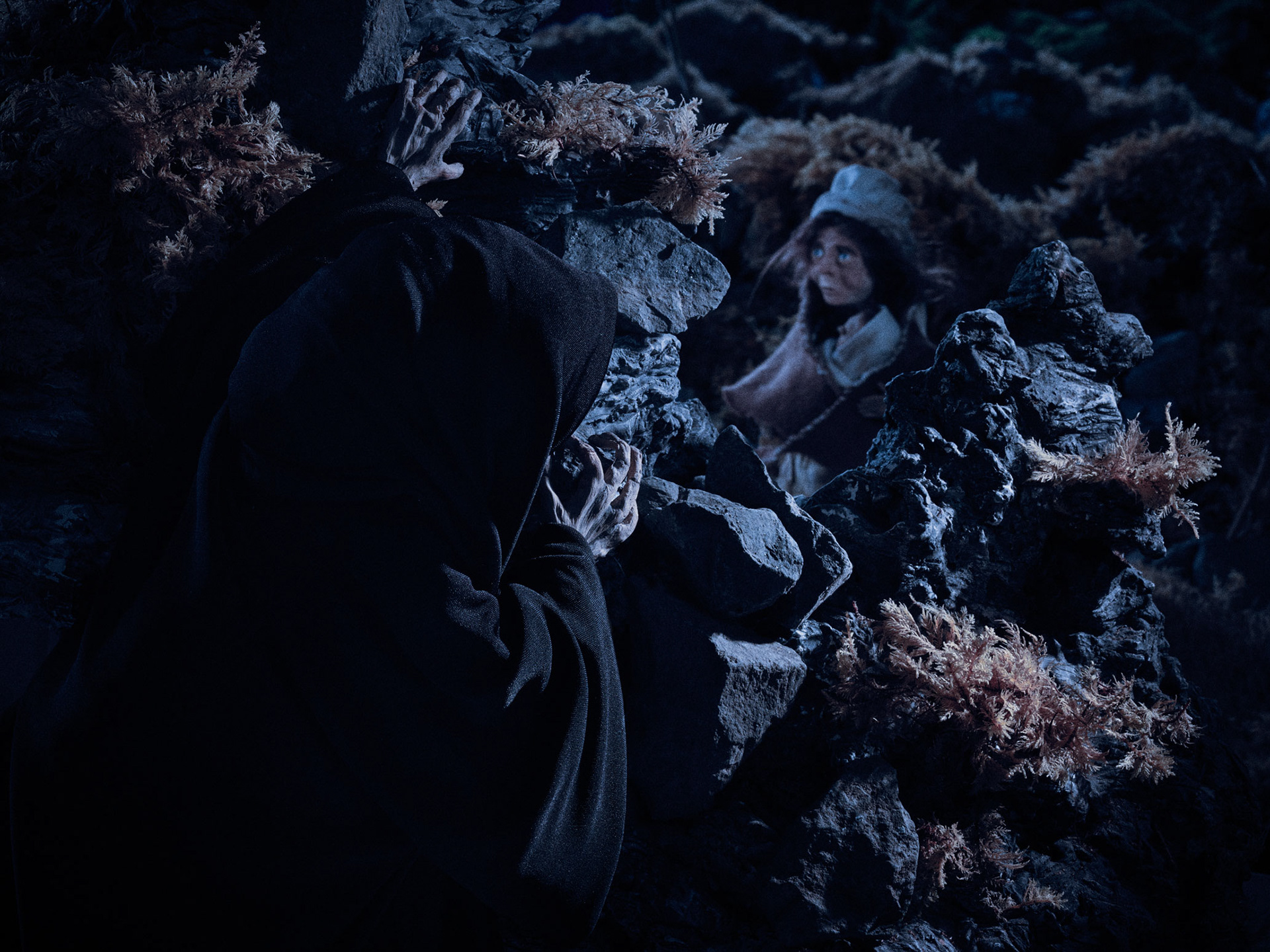 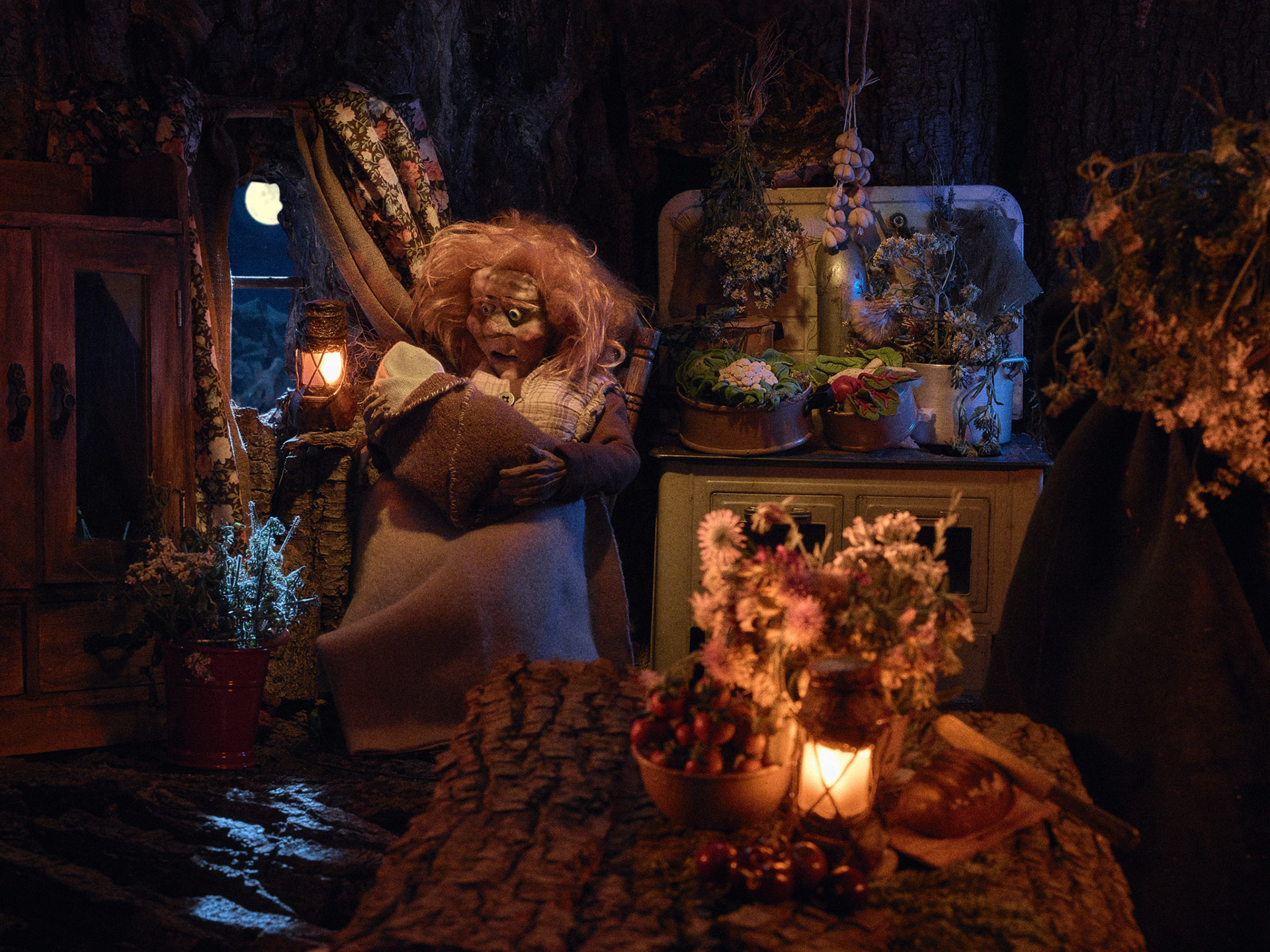 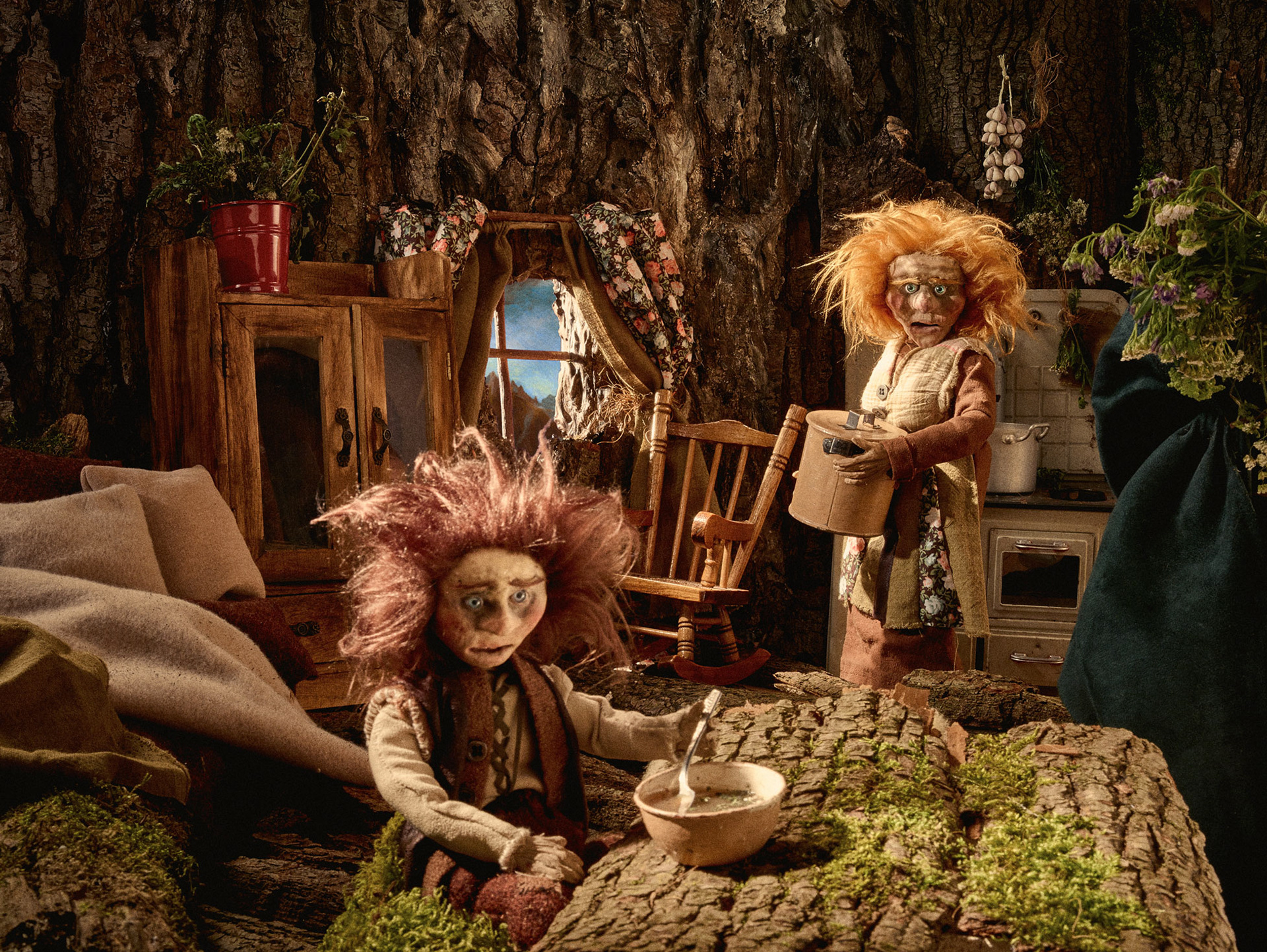 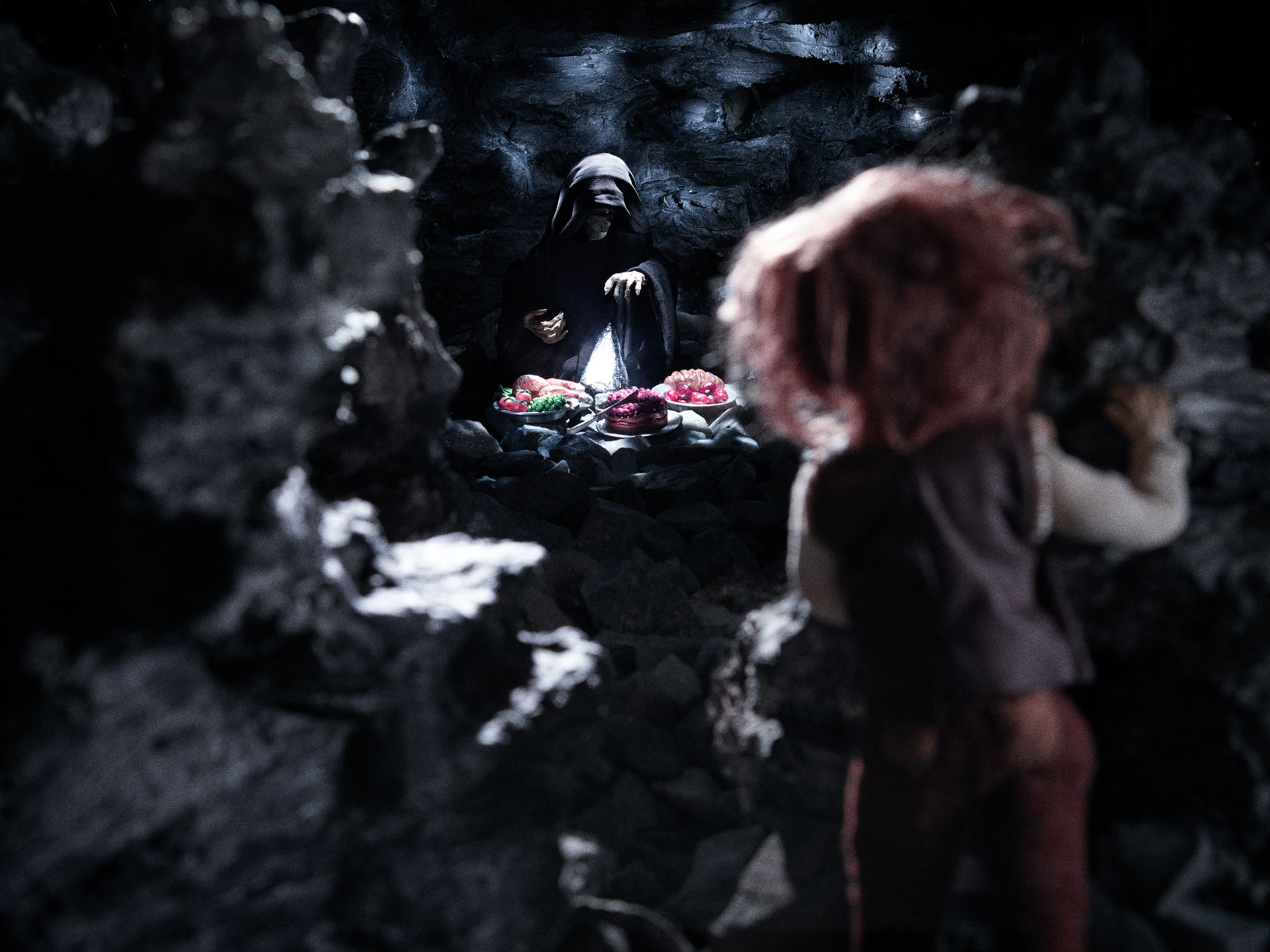 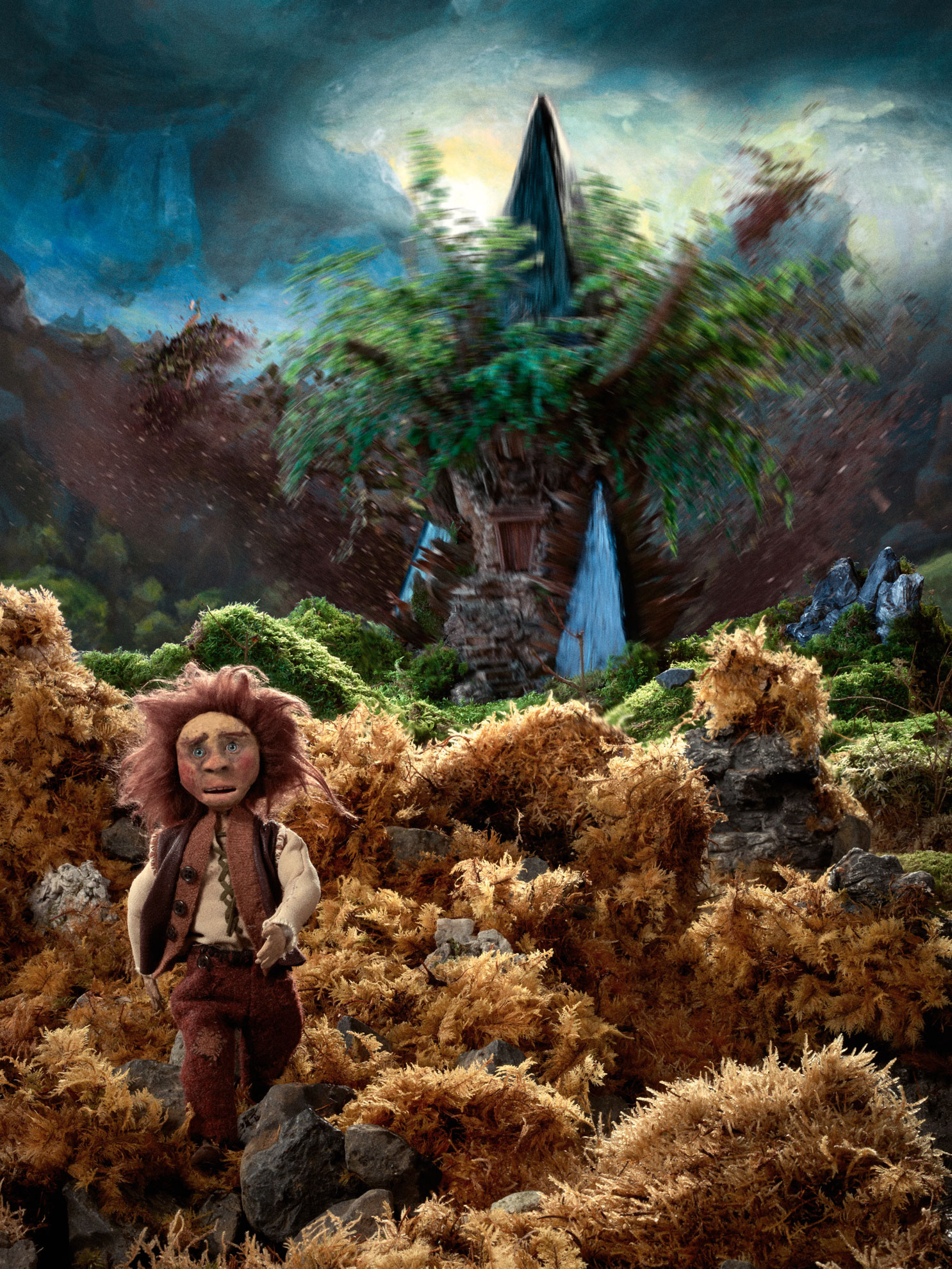 »Ten year old Mattis lives with his foster mother Martha in a giant tree, which is the last hideaway amongst a dead swampy landscape. Outside in the rocky desert lurks the creature in black, which gloats over watching living things die and waits for an occasion to destroy the little familiy‘s home. When Mattis was a newborn, the creature in black hunted his mother into death and Martha saw herself forced to take the child with her, despite her high age and poverty. But as the provisions of the little garden in the tree crown run out and trigger a hunger crisis, the creature in black allures the boy with a trick into its territory - the rocky desert. There, Mattis has to pass a final examination to rescue himself and Martha. But this painful experience confesses him the huge burden of growing up.«

Folktales have a huge nostalgic value to me. Though, when I read a tale today, which I remember very well from my childhood, I would interpret it different then in the past. Psychoanalyst Bruno Bettelheim discribes how the classic folktale gives a psychological projection screen to children‘s hidden fears and wishes by using particular structures of storytelling and character design. A story, which for an adult may be just a nice tale with talking animals and happy end can affect a child in its personality development and phantasy education. In classical folktales you will always find a clear splitting of good and bad. This can be explained by the fact, that children, which folktales mainly were written for, split their environment in good and bad to educate themselfes and get to know their environment and nature as well as their own psyche. Today we know, that children which never got into tales, are more affected to mental illness. It almost seems like they have missed something fundamental for their mental education. In a folktale a child would always identify itself with different archetypes of the story. It assimilates unconscious sadistic thoughts with the bad wolf and identifies itself at the same time with the protagonist. Just as a child would project the good and bad character properties of its parents on different archetypes.
Adults expect more from a story than a child. But since many of us still love what folktales gave to us as children, we can find these aspects now in fantasy literature. The irrational, animist and nature drawn fantasy world can be found in „Die Spiegelscherbe“ as well. The story picks up animalistic issues of folktales and deals at the same time with the human fascination in irrationality and myths. With handcrafted sceneries, puppets and props I photographed key scenes of the tale. I oriented on cinematic asthetics and techniques of stop motion movies. A huge inspiration for this project have been directors like Jim Henson, Jan Svankmajer and Peter Jackson. While the process of writing and my researches of psychologically interpretation of folktales I got more and more conscious in how I wanted to find a way of combining fundamental structures of classical folktales and modern elements of fantasy literature - a modern folktale for adults with ancient worlds and the spirit of the new age.
I see the big secret in fantasy literature and art in the description of the world, the characters live in. The more connections a story shows us and the more detailed a character and the materiality of its environment is described, the more we do want to believe it. I think every human being has rooted a sense of magic and spirituality as something unseizable in itself. The unspoken hope of „there‘s got to be more...“​​​​​​​ 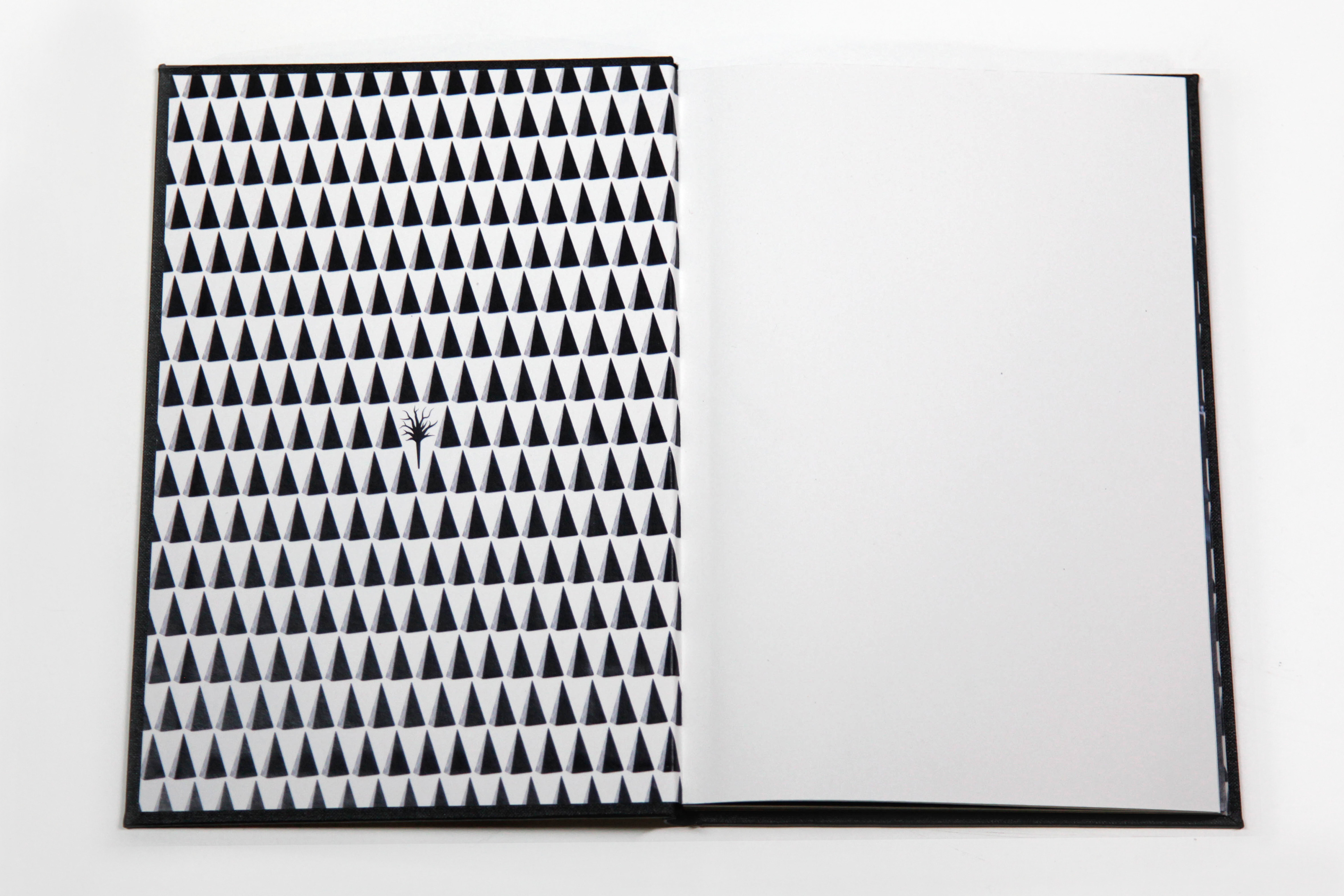 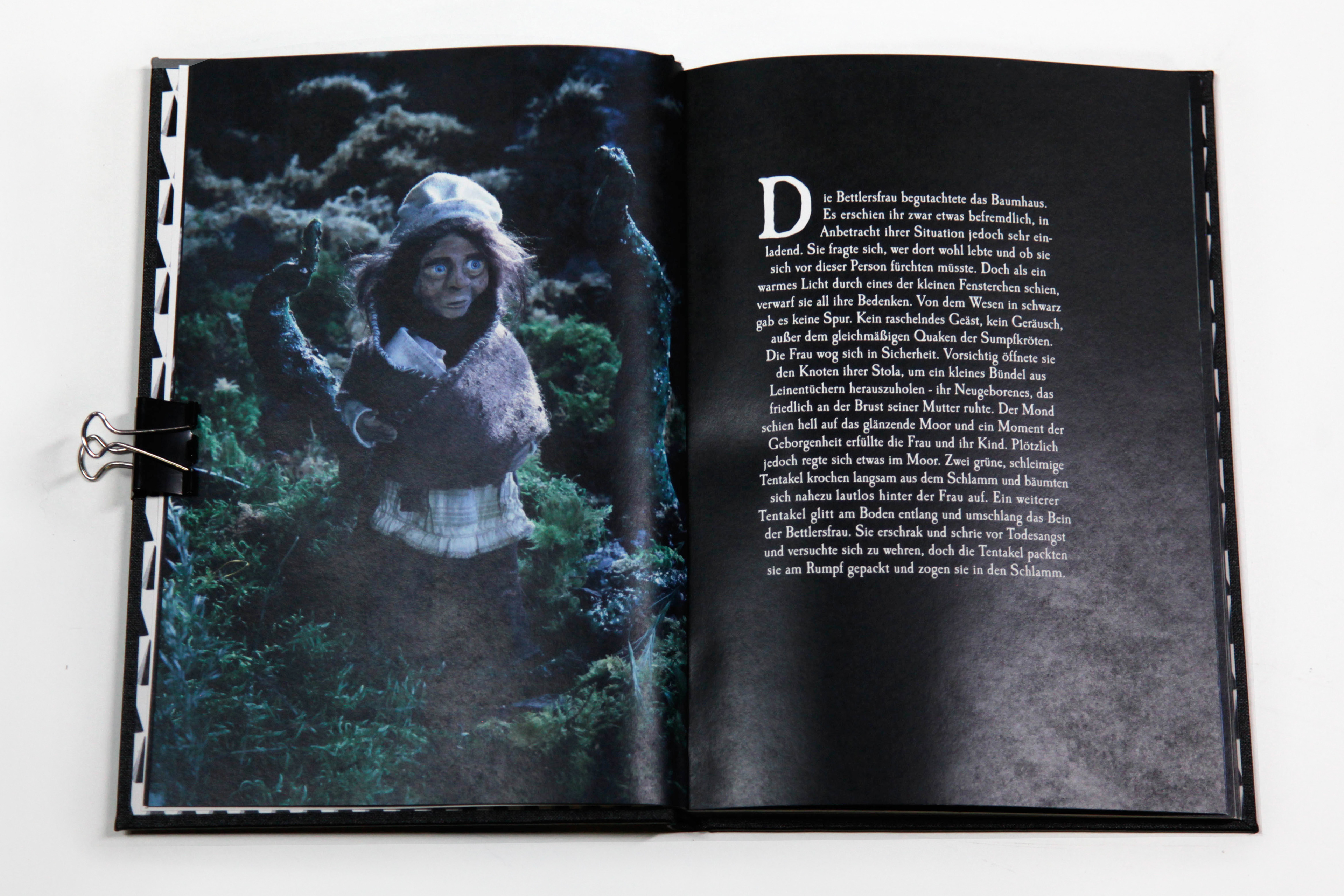 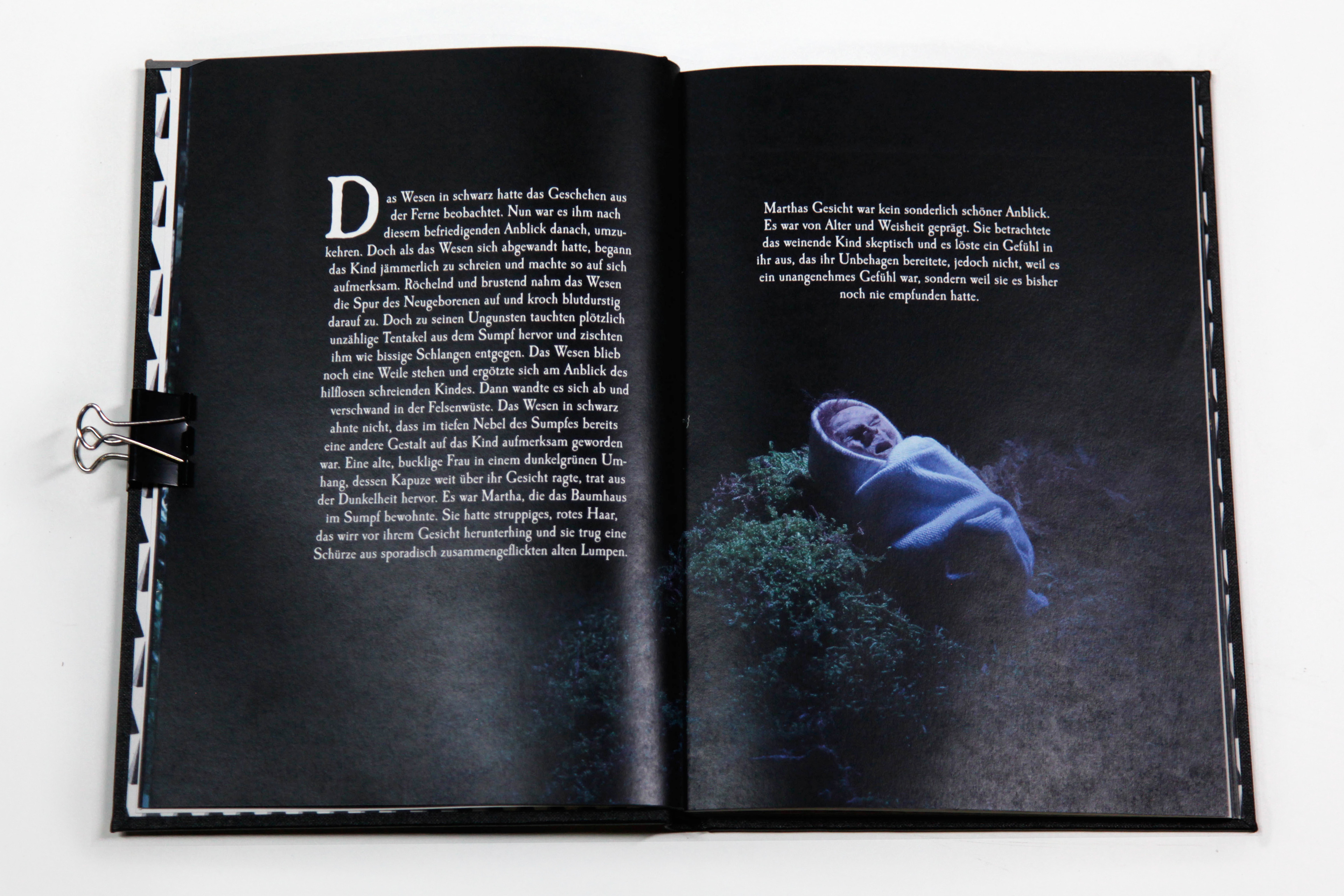 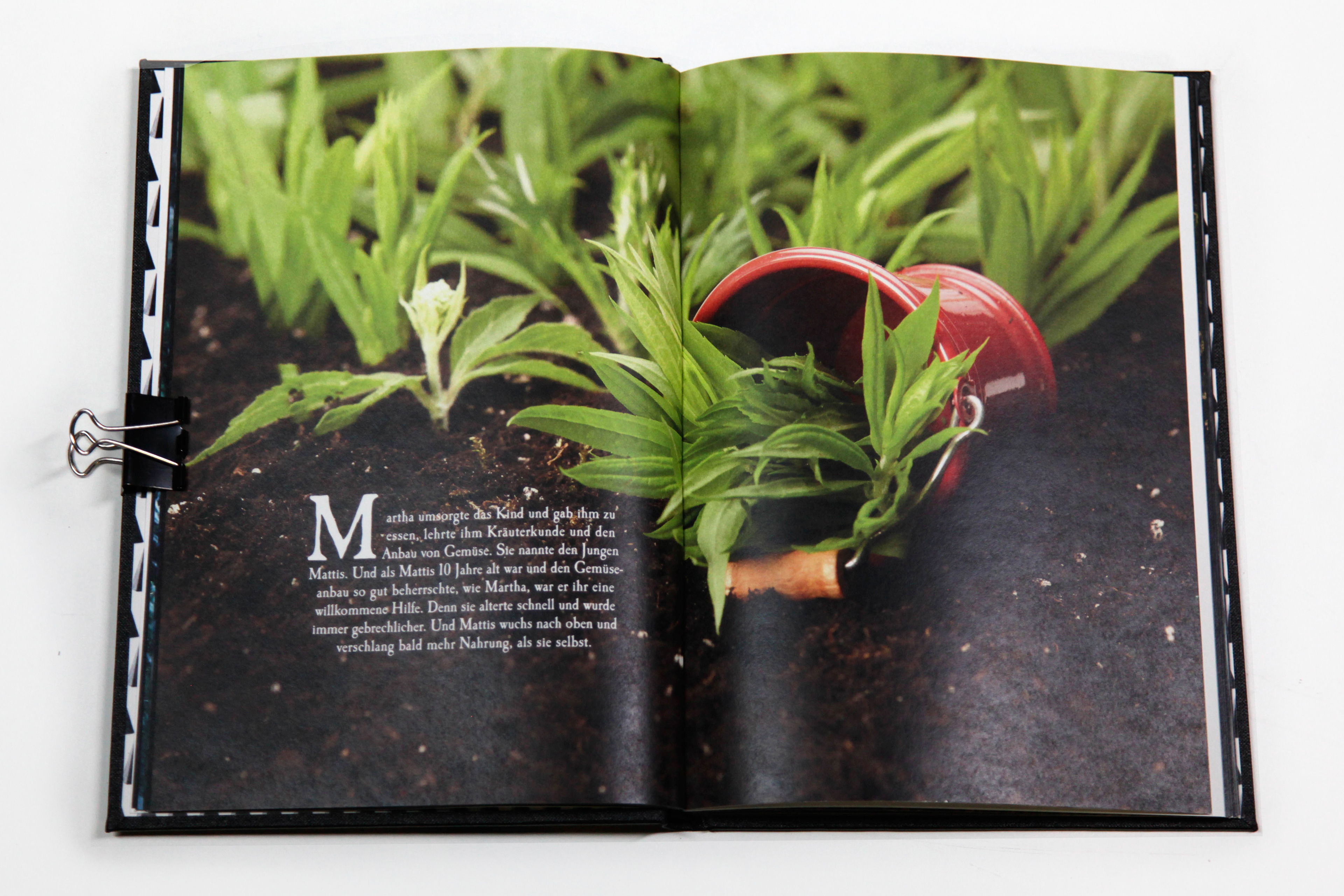 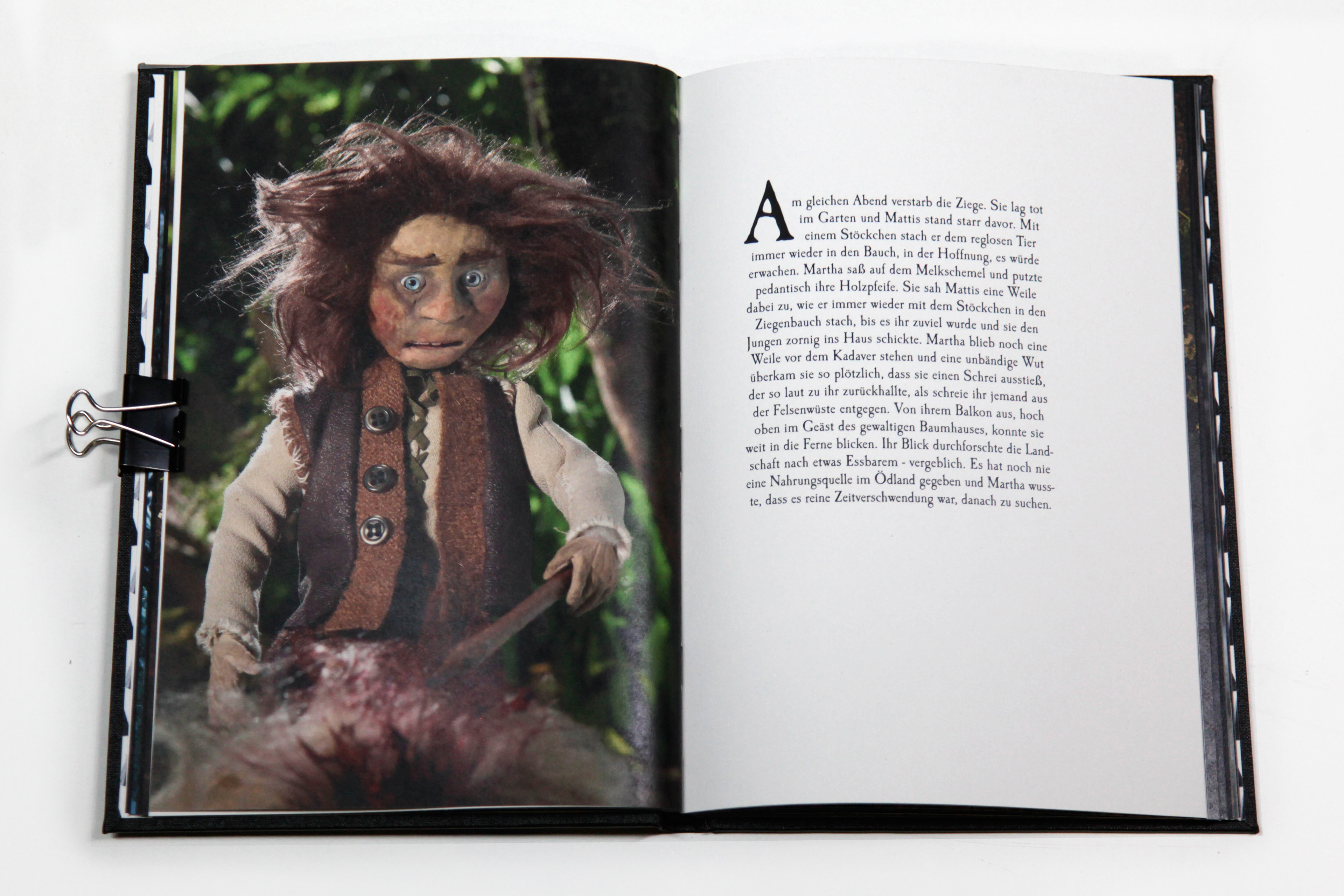 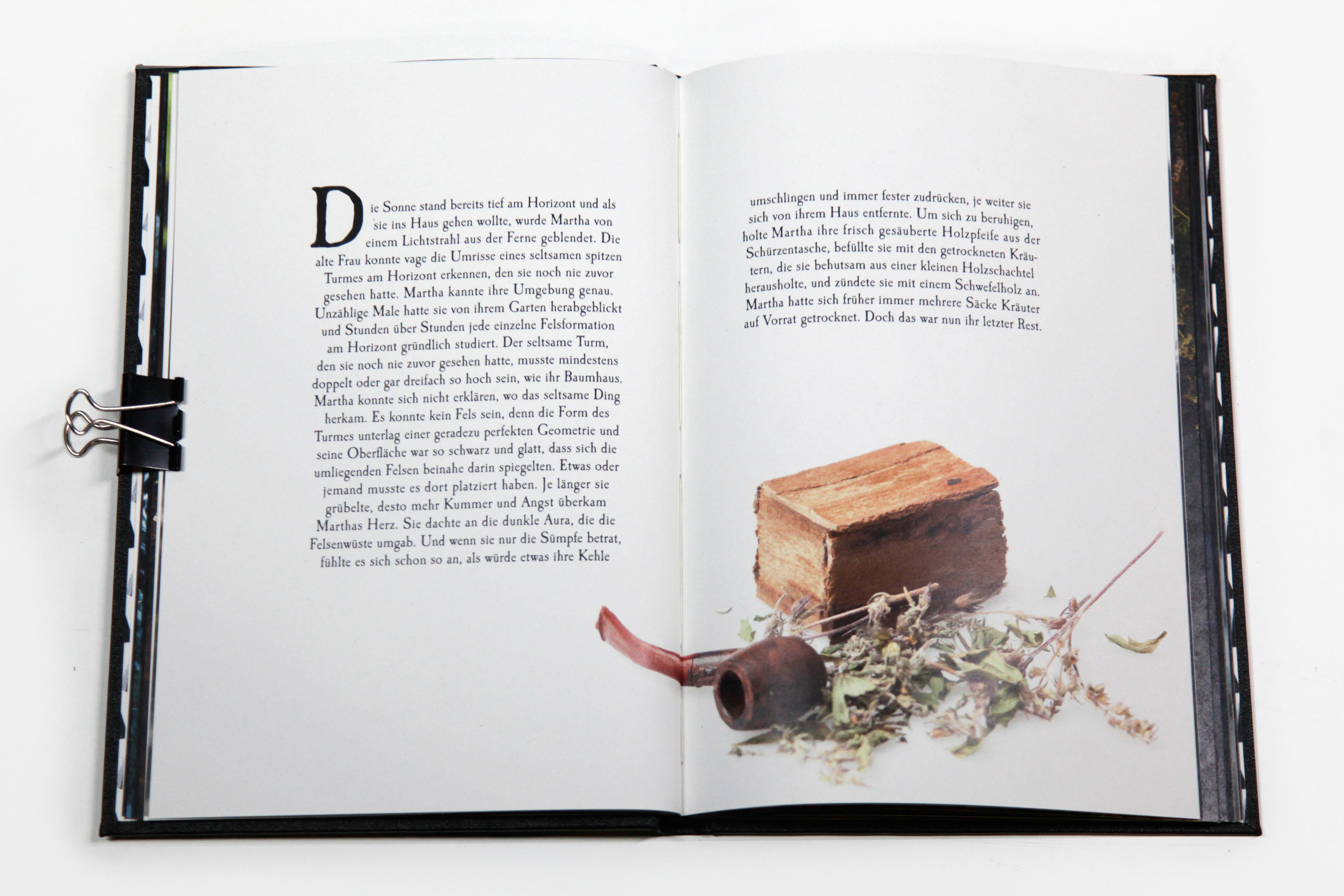 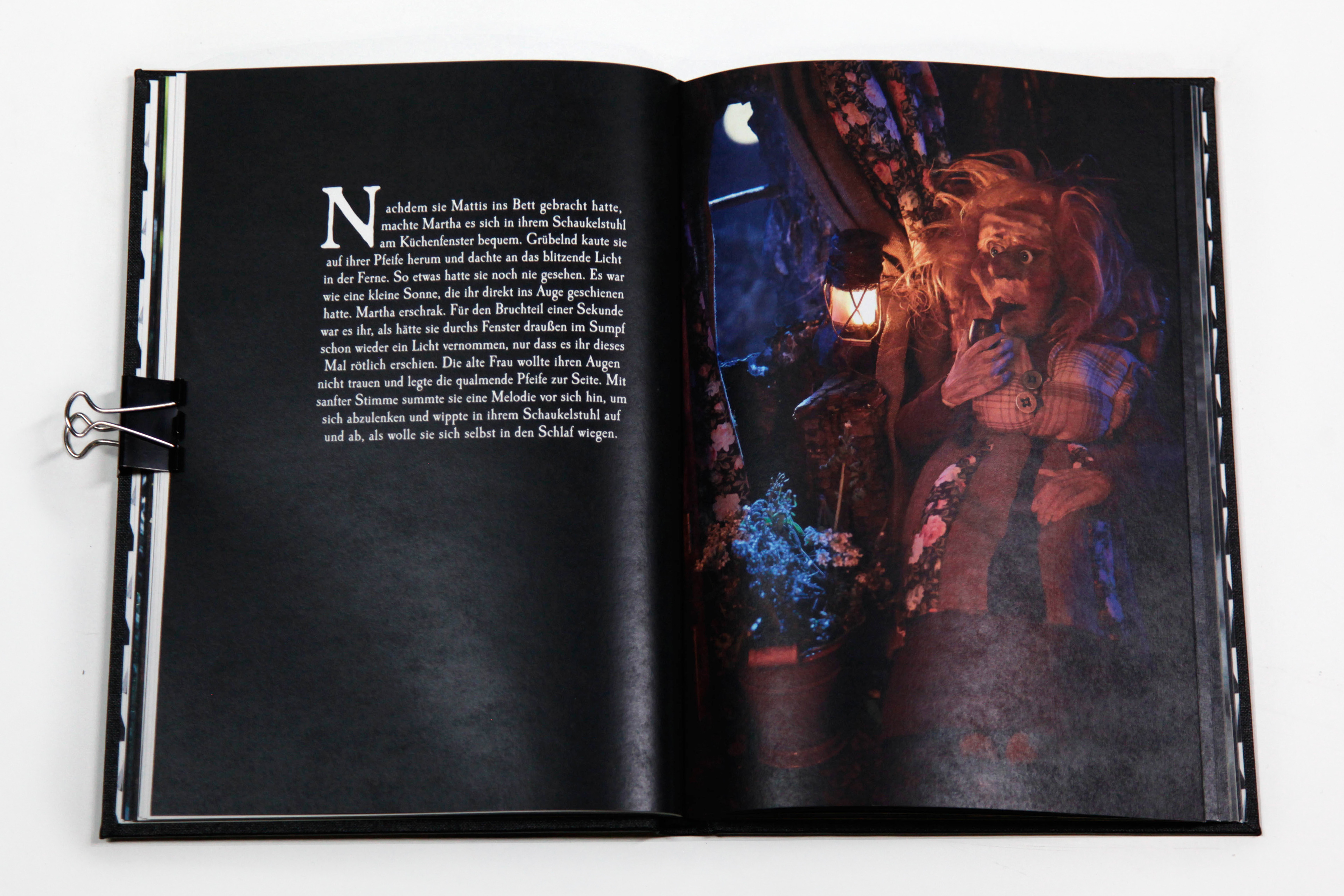 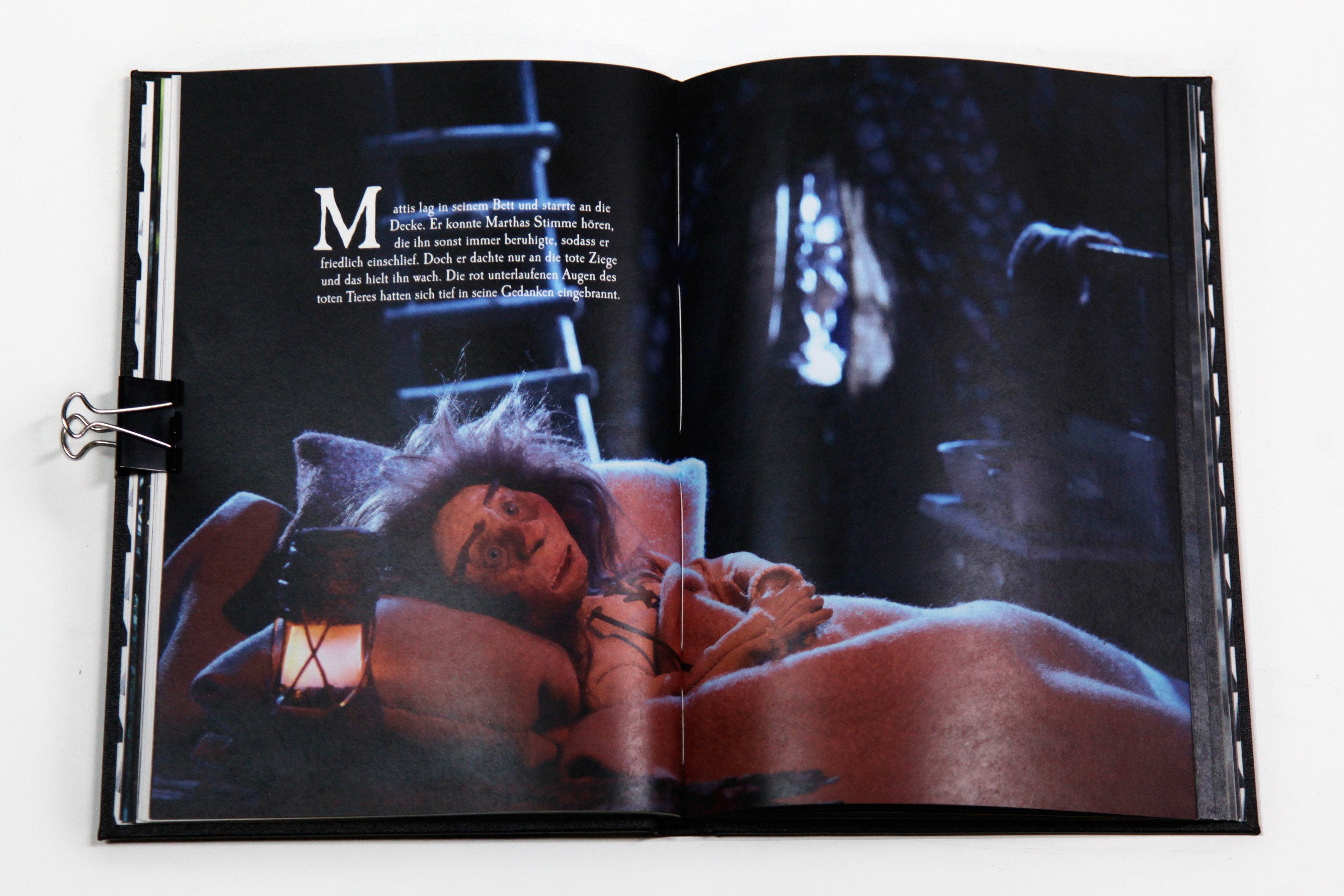 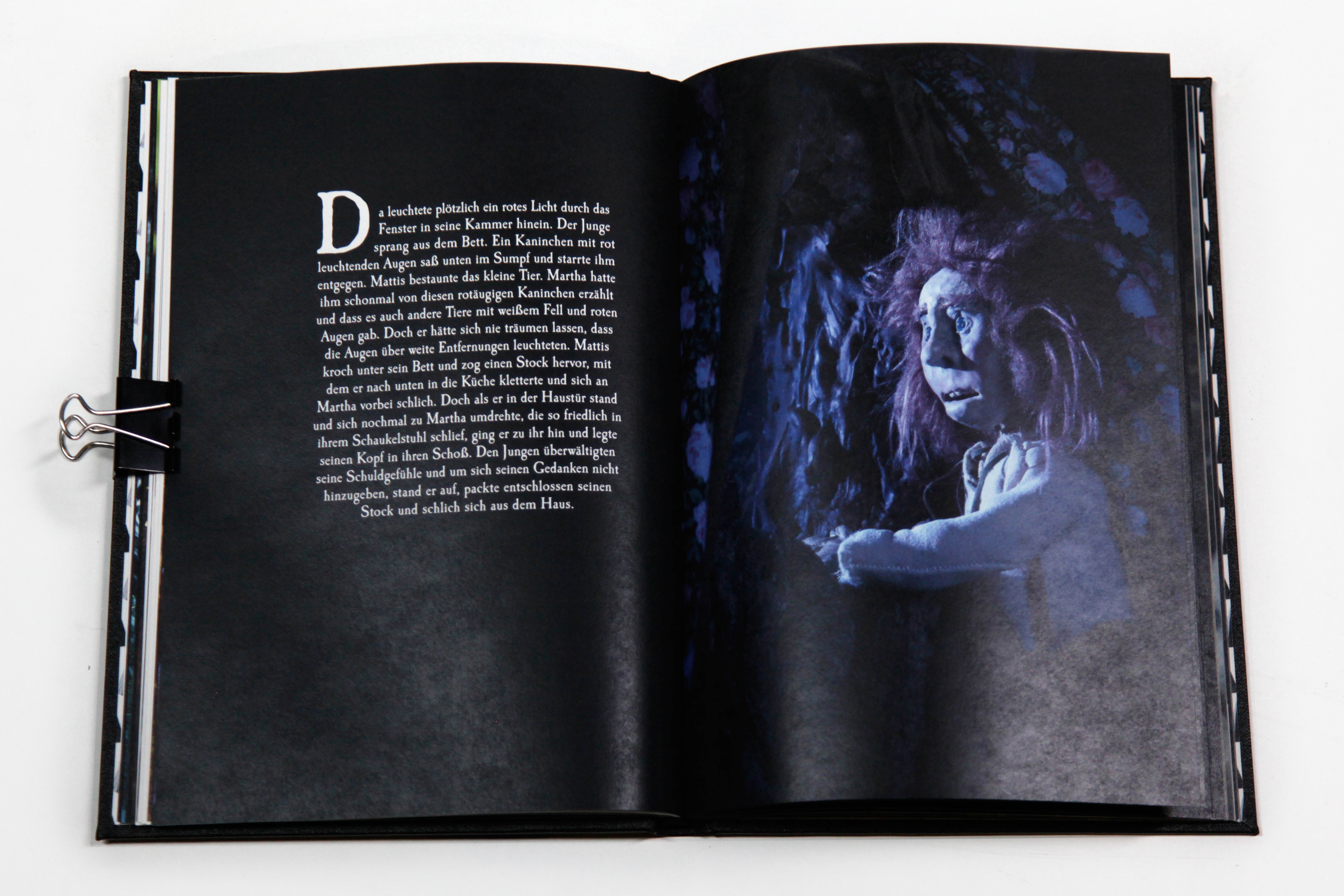 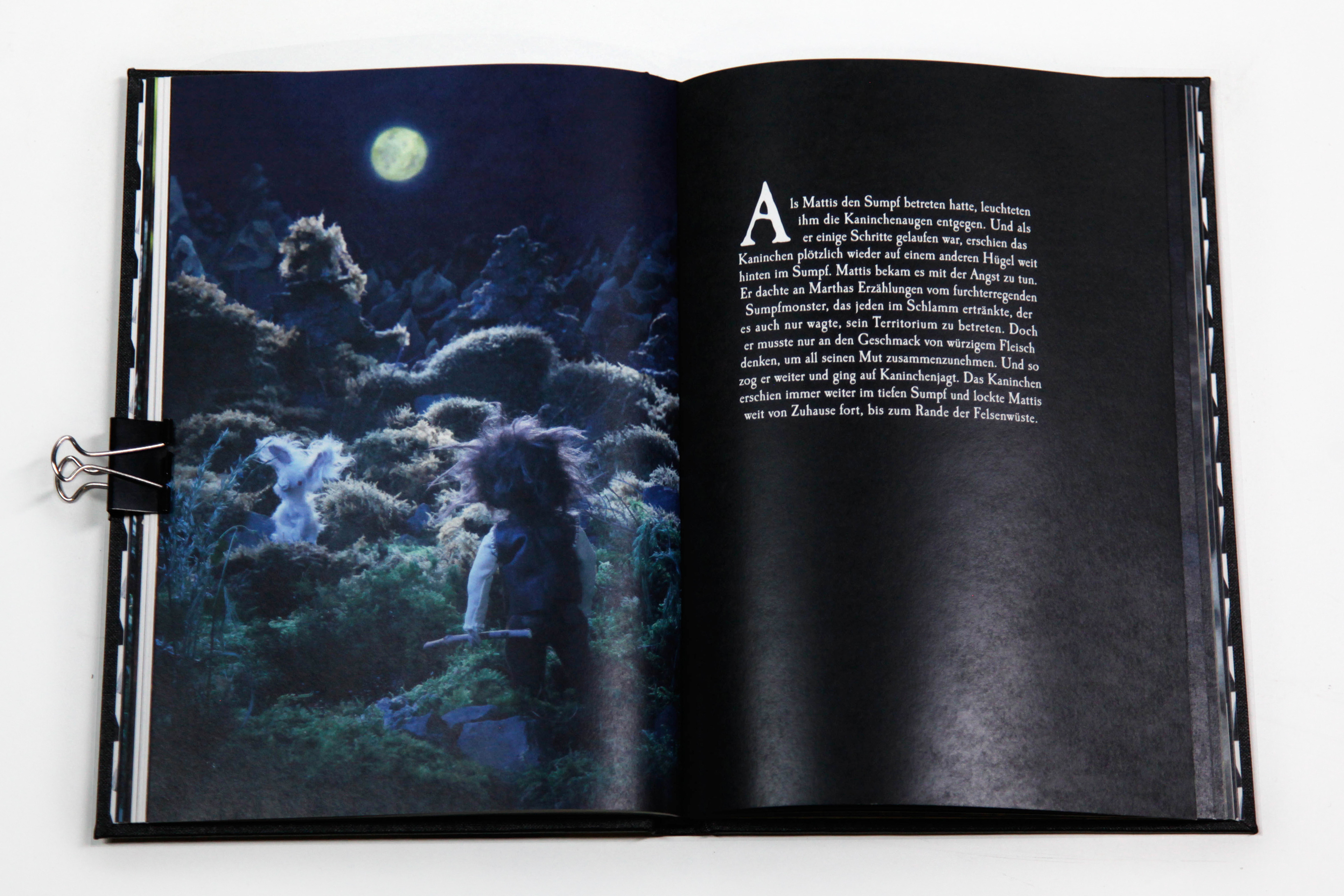 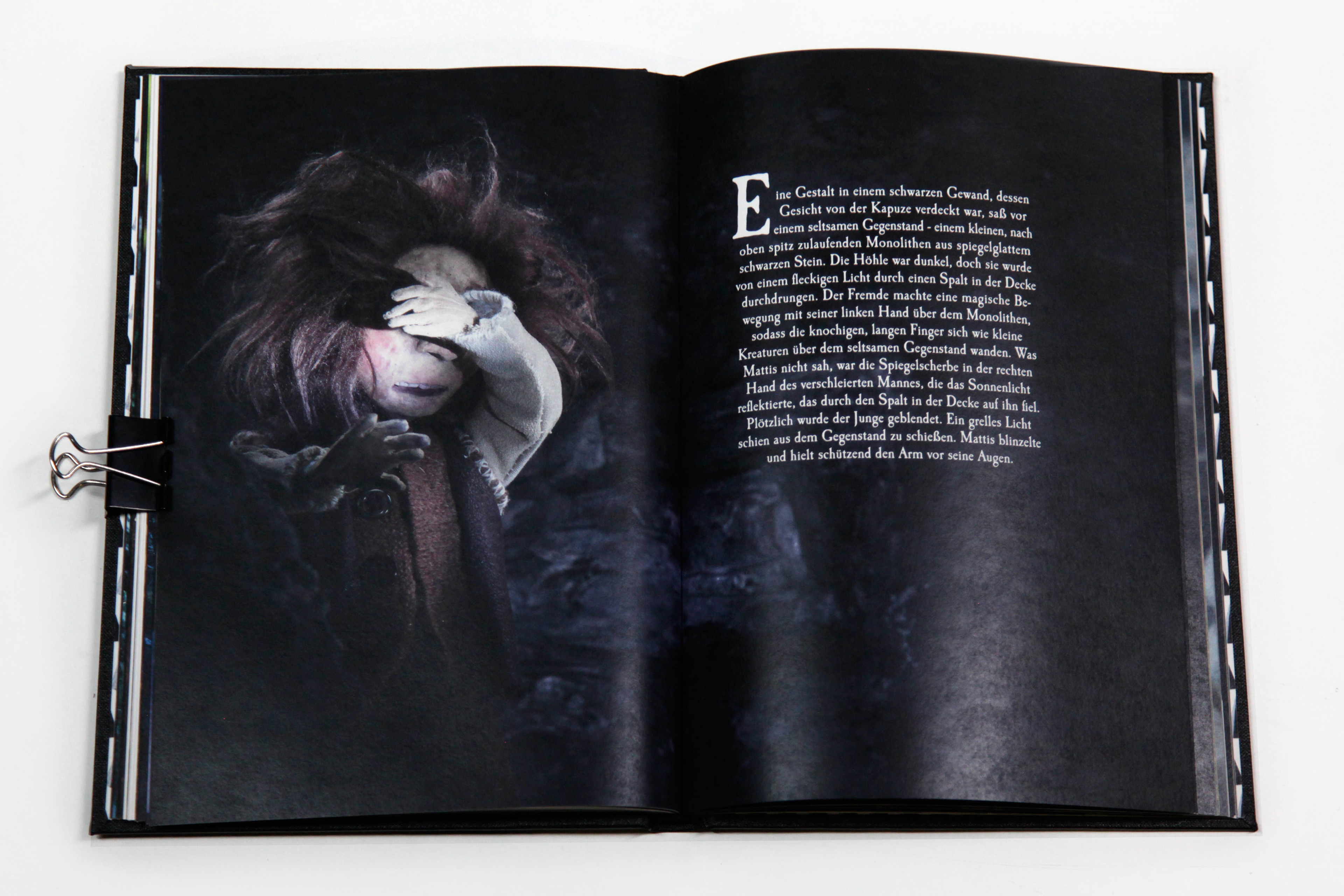 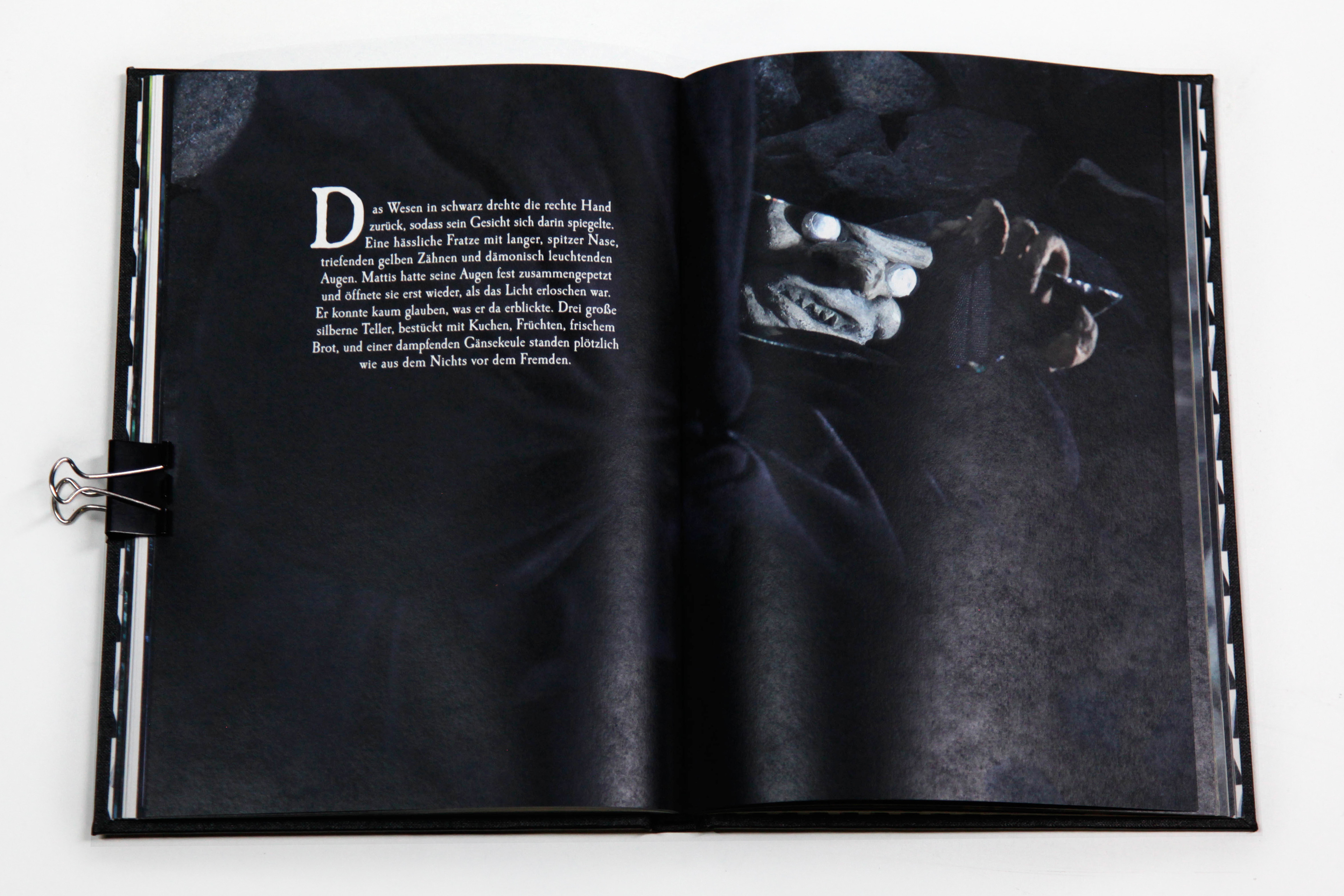 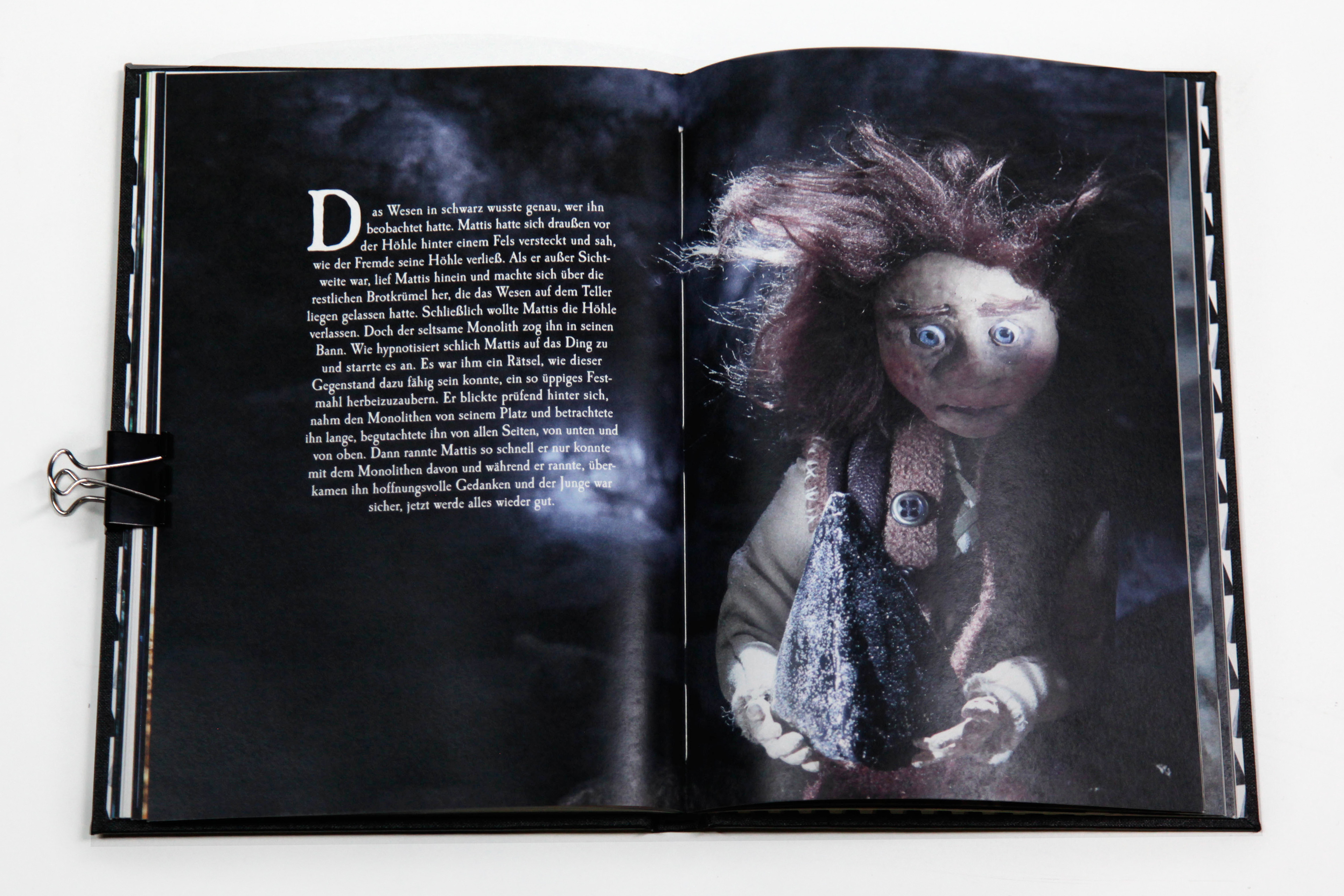 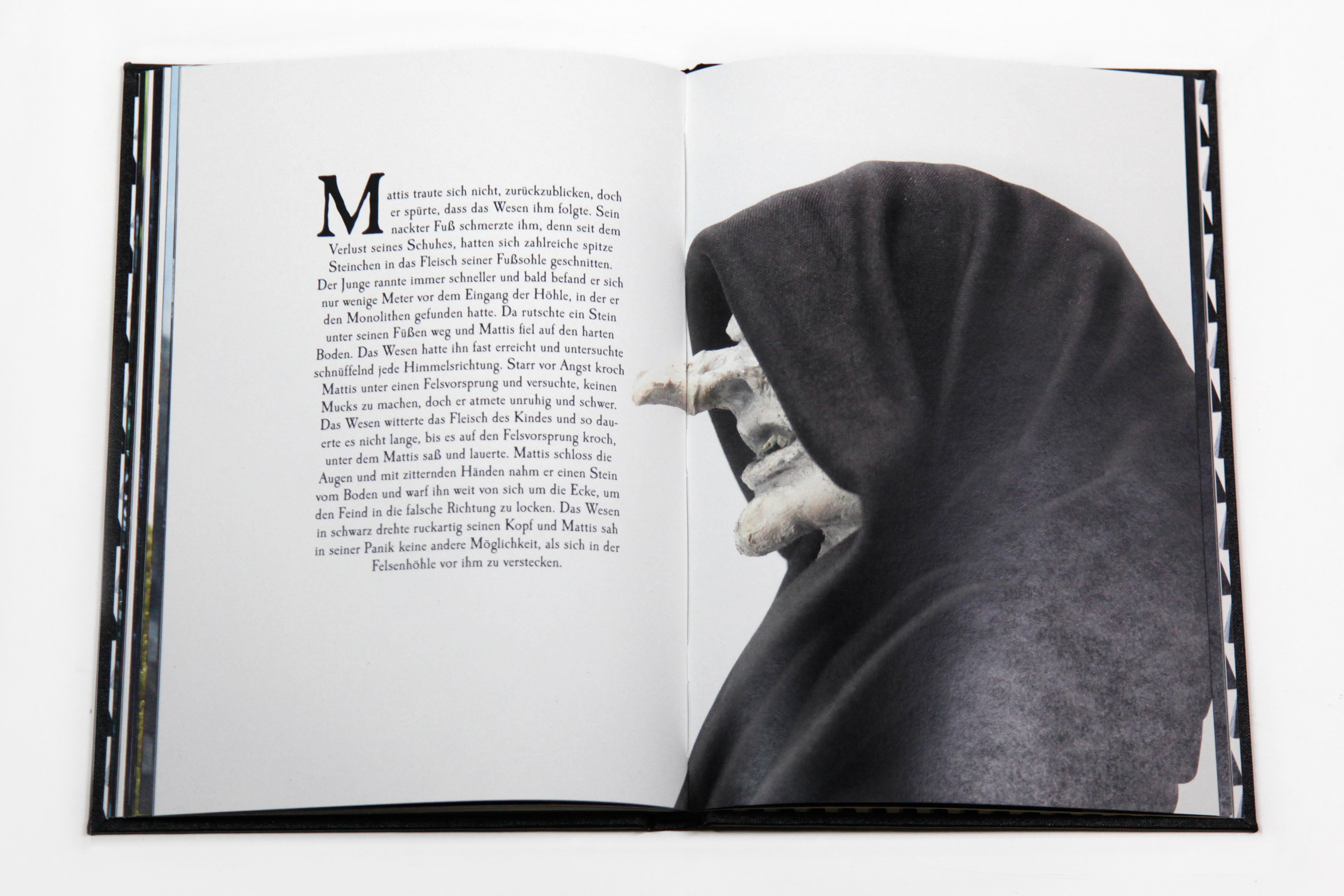 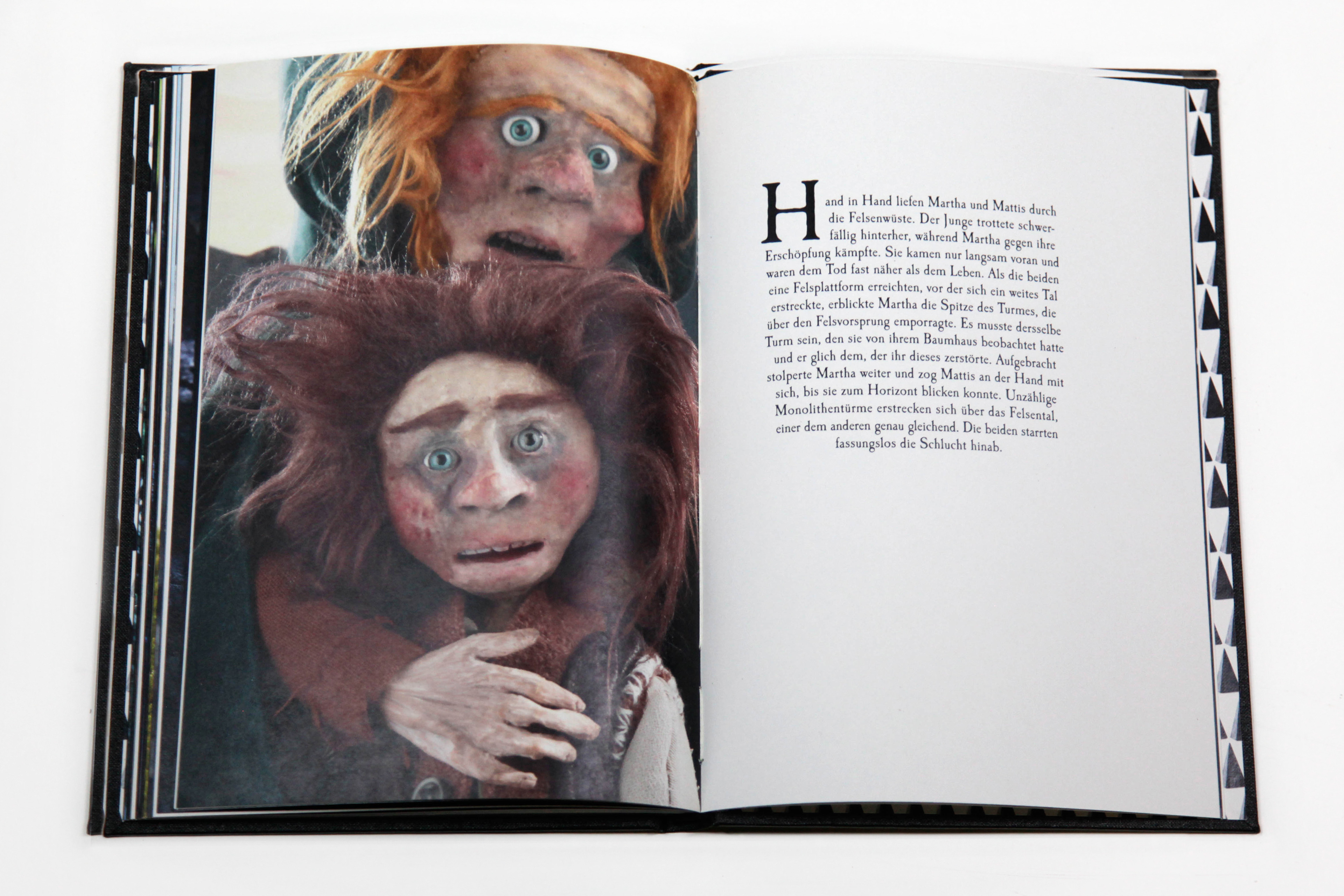 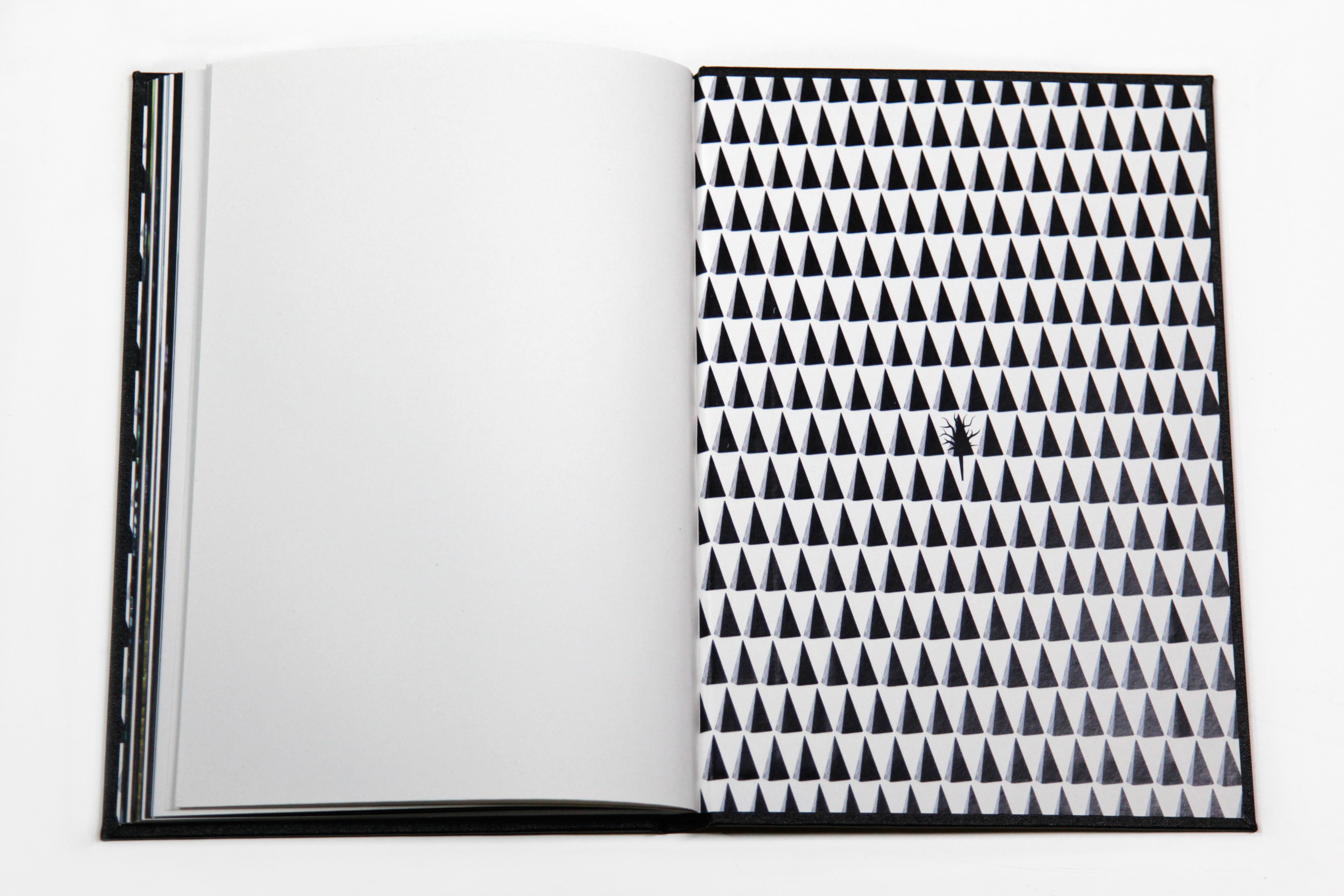